Athe result of a worldwide energy-saving programme, sidel has supported nestlé waters in achieving reductions in its energy consumption at production sites in countries around the globe.

Consequently, the world's leading producer of bottled water has achieved energy savings equivalent to the consumption of more than 20 ovens, representing savings of more than 1 million euros a year.

Nestlé Waters first undertook the conservation programme in 2010 when it challenged its long-term supplier, Sidel, to rationalise the energy consumption of all its production equipment.  With over 96 production facilities situated in 35 producing countries around the world, Nestlé Waters naturally places a high priority on improving the environmental performance of its processes, as well as keeping its operating costs to an absolute minimum.

Sidel, the leading provider of production equipment and services for liquids in PET, has worked with Nestlé Waters for over 50 years. The companies recently celebrated this landmark milestone in their lengthy collaboration.  This relationship has resulted in many important and significant developments within the beverage industry.

Focus on blow moulders brings significant energy-savings
Both companies were already well aware that blow moulding machines generally account for as much as 70% of the total energy consumption of a complete beverage bottling line.  When charged with reviewing the efficiency of the company's electrical energy usage, Sidel started by carrying out a pilot Eco audit on two of Nestlé Waters' blow moulders. 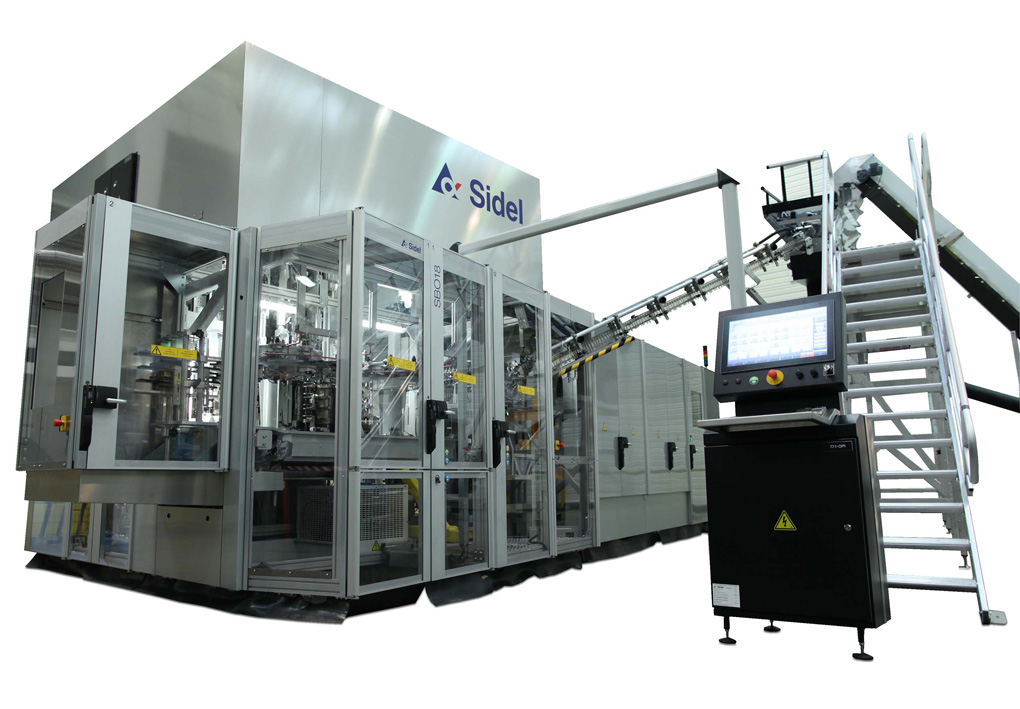 After monitoring and measuring the electrical consumption of the blowers, Sidel identified corrective energy-saving measures to Nestlé Waters.  One such recommendation was the installation of oven-top reflector lamps to maintain energy in the ovens of the blow moulding machines.  This achieved a reduction in the electrical power consumption required for the preform heating process equivalent to turning off 20 preform ovens.  Despite this significant energy saving, optimal performance is maintained.

Nestlé Waters was particularly pleased with results attained by the recommendations when they were implemented.  "As we achieved around 20% in energy savings, we were really satisfied with the performance resulting from the upgrades to the first two blowers," explained Mr. Stephane Bosshart, Corporate Chief Engineer at Nestlé Waters. "So much so, that based on these results, we decided to apply a full Eco-programme to share those best practices on all of our blowers worldwide," he continued.

Global deployment of energy-saving programme
In close collaboration with Sidel, the energy conservation programme was deployed in all Nestlé Waters' plants worldwide.  Local Sidel Services™ teams planned and supplied all the necessary resources for the different interventions at sites in over 30 countries.  They also provided technical support for the project.  By the end of 2015, nearly 130 Sidel blow moulding machines were successfully converted with the oven-top reflector lamps. All of them will have given a return on investment (ROI) of between six and 24 months.

"The upgrades of oven-top reflector lamps have achieved real improvements," comments Mr. Eric Baronnet of Nestlé Waters. "For example, they have delivered a reduction in the use of blower energy in US plants of up to 25%."  Advances such as those achieved in the US all contribute to an annual saving of over a million euros in Nestlé Waters' plants worldwide.

A combined sustainable approach
Both Nestlé Waters and Sidel are fully committed to achieving outstanding energy savings and contributing to improvements in the environmental performance of products.  Working on a continuous sustainability improvement plan, Sidel classifies its production lines according to energy consumption.  The company also analyses the reasons for potential waste of energy within the whole blow moulding machine, including the oven, the compressor and the chiller.  With Nestlé Waters, Sidel has again collaborated to develop an energy-saving simulator in order to rate the blowers in terms of consumption and to enable solutions to optimise performance.

A long and successful relationship
The history of the Nestlé company began in 1866 when the Anglo-Swiss Condensed Milk Company opened Europe's first condensed milk factory in Cham, Switzerland. The following year saw Henri Nestlé develop a breakthrough in infant food and in 1905 the company he founded merged with Anglo-Swiss to form what is now known as the Nestlé Group.  Nestlé Waters was created in 1992 and became the largest bottled water brand in the world in 2008.  The company currently boasts 52 unique brands.  Those include Nestlé Pure Life, Perrier and S.Pellegrino, all of which are among the many brands to benefit from the close relationship of more than 50 years between Nestlé Waters and Sidel.  For instance, Sidel has been involved at every stage of Vittel's development since its commercial production, including the re-design of its distinctive ribbed bottle from a square to round shape. Sidel also worked with Perrier to validate the design of its first-ever PET bottle, providing a range of equipment still being used for the iconic brand, which is widely exported around the world.