Having established its own production facility and created its own distinctive brand, farmacias guadalajara has seen a 30% increase in sales of bottled water with the help of leading pet packaging sol

Its new bottle design, developed with Sidel's experienced packaging team, also reduced the amount of PET in the bottle by 30%, bringing significant cost savings as well as the environmental benefits associated with less raw material usage.

The Mexican pharmacy store chain had previously used third-party suppliers to provide the water for sale in its pharmaceutical stores, but recently decided that it needed to take full advantage of the continually increasing domestic market.  The first step in the creation of the new brand was establishing the Innomex bottling plant close to the metropolitan area of Guadalajara.

Growing market
Mexicans are now the biggest users of bottled water in the world, currently drinking an average per capita consumption of around 199.3 litres per year.  In fact, bottled water is the fastest growing category in the whole Latin American market.  In the years between 2013 and 2017, it is expected to undergo a further surge of 5% growth.  Throughout the Mexican market, PET bottles dominate its packaging and presentation.

Production versatility
The pharmacy store chain, Farmacias Guadalajara, was founded in 1942 in Jalisco, selling mostly patented medicines and perfumery.  From relatively humble beginnings, the company has grown beyond all recognition.  By 1962, the company had embarked upon an ambitious programme of expansion, opening many new branches and adding many new services, such as 24-hour opening.  The different companies under the Farmacias Guadalajara flag were then brought together in 1983 under Corporativo Fragua S.A.B. de C.V. - which went on to be listed on the Mexican stock exchange in the 1990's.  This has since diversified into a variety of complementary areas such as transport services, security, import, development laboratories and photographic stores.  Since 2004, the company has been increasing the number of its pharmaceutical stores by more than 90 stores every year and, as a result, currently has more than 1,200 stores in 24 Mexican states.

To take advantage of the booming market in bottled water, the company started actively pursuing the potential in the Mexican beverage industry.  It took the decision to start its own production in both still and carbonated water.  Working closely with Sidel engineers and designers, it planned how best to create a high-tech, efficient plant prepared for future growth.  To gain the flexibility to create its own branded water in various different sizes and formats, the company subsequently installed a Sidel Eurotronica FM-C48 filler and Starblend mixer at the Innomex plant.  Capable of outputting finished bottles filled with branded drinking water at speeds of 10,000 bottles per hour in the 1.5 litre format and up to 16,000 bottles per hour in the 330ml and 600ml formats, the machine also has the production versatility.

To give the new brand - 'Blue Bay' - its own distinctive identity, Innomex wanted to create a whole new design of bottle shape.  The company turned to the Sidel packaging team, part of the company's Sidel Services department, for assistance in the task, drawing heavily upon its extensive experience with brand and packaging design.  The result of this close collaboration was a strong and modern shape that could identify the new brand, yet - by significantly reducing the amount of raw material and resources used - could also give Innomex a competitive edge by reducing costs of the finished bottle.  The designed shape used 12 grams less raw material than the original bottle by the third-party supplier, which amounted to a staggering saving of 30% PET in total. A saving which, of course, was also reflected on the producer's bottom line. In addition to saving resources, the new shape has proved highly popular with the end-user.  Sales have increased by 30% due to the product's improved identity and better brand positioning.

Duplicating the success in bottled water
Blue Bay Bottled water, in still and carbonated versions, is today available for sale in the company's 1,200 branches of Farmacias Guadalajara. Having achieved such a resounding success with its own bottled water, Innomex is now looking to expand further into energy drinks and isotonics. The company is very aware of one of the factors which contributed to its success in the production and branding of Blue Bay bottled water.

Corporate Director, Rodrigo Arroyo, in acknowledging the part played by Sidel, says: "We knew we needed the right technology to be able to move confidently into bottled water production.  We had a team of talented people, including the team from Sidel, who could ensure this project met our goals and ultimately would make our plant more productive." 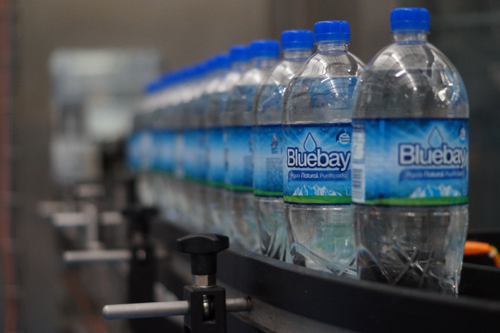 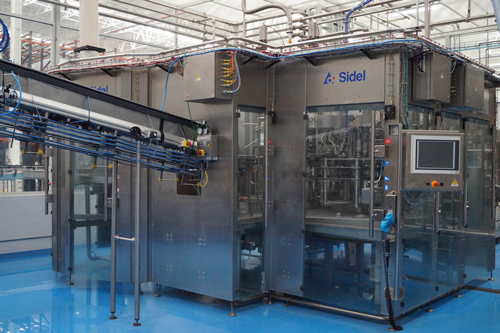 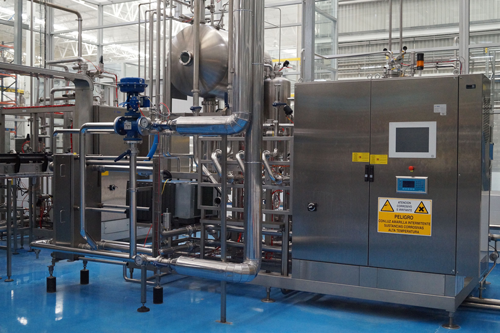