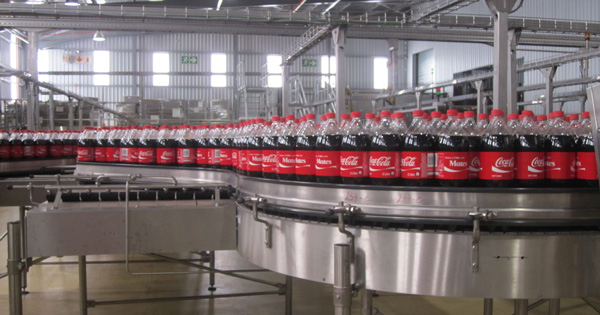 The first sidel matrix™ system to be installed in africa, for leading producer coca-cola sabco (south african bottling company), has already achieved 95% line efficiency in its validation trials for a

The innovative solution, originally launched by Sidel in 2013, is now in production in the major urban centre of Polokwane, South Africa and is gaining a foothold in many other countries throughout the world.

Increasing market share in the booming African demand for cola

Coca-Cola SABCO needed a new PET production line to capitalise on a growing domestic market for cola carbonates.  Total annual sales in the country recently reached 1,800 million litres and the popularity of the drinks currently shows no sign of slowing down.  By investing in the new line, Coca-Cola SABCO was looking to make the most of this expanding market.  The line was needed to enable the company to increase both product supply and quality in order to increase its market share.  It was also looking to reduce the environmental impact of its production.  As a result of the company's decision to invest in the Sidel Matrix solution, its Polokwane plant can now boast of being the first on the whole of the African continent to feature the new modular generation of PET bottling equipment from Sidel.

Vision to be the best in the world

Established in 1940 in Port Elizabeth in South Africa, the South African Bottling Company (SABCO) has since gone on to become a major player in the carbonated soft drinks (CSD) bottling industry. With 21 production sites throughout a total of nine countries, the company currently supplies some 240 million consumers.  Its vision is to become the "best Coca-Cola bottler in the world". The company has five manufacturing sites located throughout South Africa in Port Elizabeth, Bloemfontein, Polokwane, Nelspruit and Port Shepstone.

So many reasons to choose Sidel

Coca-Cola SABCO already has several Sidel lines in operation at the plants in both Port Elizabeth and Bloemfontein. In looking for exactly the right line and right configuration for its site in Polokwane, the capital of the Limpopo province of South Africa, the company decided to send representatives to the UK.  In Wakefield, the location of Coca-Cola's second-largest drinks production site in the world, a Sidel Matrix system has been in production since February 2013.  The UK visit was followed by a trip to the Sidel manufacturing facility in Octeville, France, as the Coca-Cola SABCO team examined all available options before making its decision.

Equipped with the latest proven technologies from Sidel, the Sidel Matrix system offers a higher level of performance, very fast changeover times, greater oven efficiency and improved uptime.  In all, this gives clients a lower total cost of ownership (TCO).  Yet it does so with reduced environmental impact.  It is designed to minimise the resources used which means that Coca-Cola SABCO is using less energy, water and chemicals while offering the possibility to produce ultra-lightweighted bottles. The Sidel Matrix system, which includes blowers, fillers, Combi and labellers, can be installed in any complete-line configuration required by customers, thereby revolutionising the way Sidel's solutions can maximise overall line performance.

Coca-Cola SABCO's investment in the complete production line for the plant in Polokwane featured a Sidel Matrix Combi, equipped with 20 blowing stations and 165 filling valves, as well as a Starblend mixer, a Sidel Rollquattro roll-fed labeller and a palletiser. Based on the principles of the standard Sidel Combi introduced in 1997, the Sidel Matrix Combi combines the benefits of Sidel's blowing and filling technologies into one integrated blow-fill-cap solution.  It has a single enclosure and requires no intermediate equipment for improved package hygiene.  It delivers outstanding hygiene performance while making it possible to achieve significant bottle lightweighting without compromising filled-and-capped performance.  The Combi's overall efficiency and its compact size, ergonomic design, easy maintenance and lower energy consumption can all contribute to further reductions in producers' costs. Webster adds: "The line will help us to meet our objectives in the market and achieve operational excellence."

95% line efficiency for a two-litre bottle

The order for the equipment was placed with Sidel and the finished system commissioned within only ten months.  The new Polokwane line is used to produce several of the company's larger formats, including its two-litre version, and is capable of achieving production rates of 32,500 bottles per hour. The line passed its Customer Acceptance Validation at the first attempt with an impressive score of 95% for production of the two-litre bottle at filling plant output level. 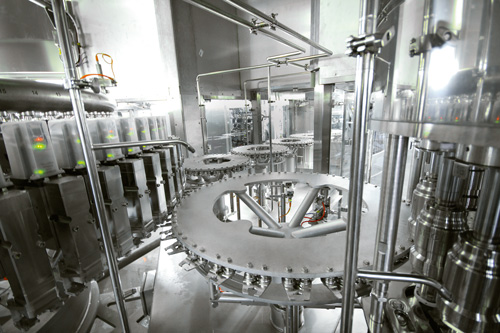