Sidel, the leading provider of production equipment and services for liquids in pet, has supplied two complete line solutions to bmv (birštono mineraliniai vandenys) in lithuania in less than two year

Following the success of its original PET bottling Greenfield project, the company ordered a Sidel line with a very similar scope of supply again. Sidel also collaborated on the design of BMV's new eye-catching and product-differentiating PET bottle shapes to boost sales of the client's water brands. The new design contributed to lightweighting the bottles by up to 30%.

"We were really satisfied with the performance achieved by the first Sidel Combi - a Sidel Combi FMc - in terms of production safety and efficiency.  We believe this original complete line solution was the first integrated blow-fill-cap solution ever in the Baltic States. We had no doubts when considering enlarging our production volume again: the Sidel Combi was the obvious choice", comments Mr. Norbertas Pranckus, CEO of BMV.

Making the most of a natural resource

BMV is a well-known and leading provider of mineral water in the Baltic States.  Its water, rich in beneficial minerals and famous for its unique properties - and for the fact that it has the highest level of mineralisation in Europe - was first bottled on an industrial basis in 1924.  Today BMV is a modern company using advanced technology and strict quality control methods to bring natural mineral water from its original source to the consumer in exactly the same form as enjoyed by the region's ancestors.  BMV is currently selling three water brands: 'Vytautas', 'Birute' and 'Akvile' (the latter is suitable for baby food).  The company's beverages are widely exported, including to neighbouring Baltic countries, as well as further afield including to the UK, the United States, China and the Gulf region.

In 2008, BMV began bottling natural mineral water under the 'Akvile' brand.  Some years later, the company intended to update one of its production lines with new equipment and so approached Sidel for the first time.  The Baltic producer asked Sidel to support with a technical and financial proposal for a new complete packaging line solution for bottling 'Akvile'.  This was a Greenfield project to increase PET water production capacity to meet market demand. 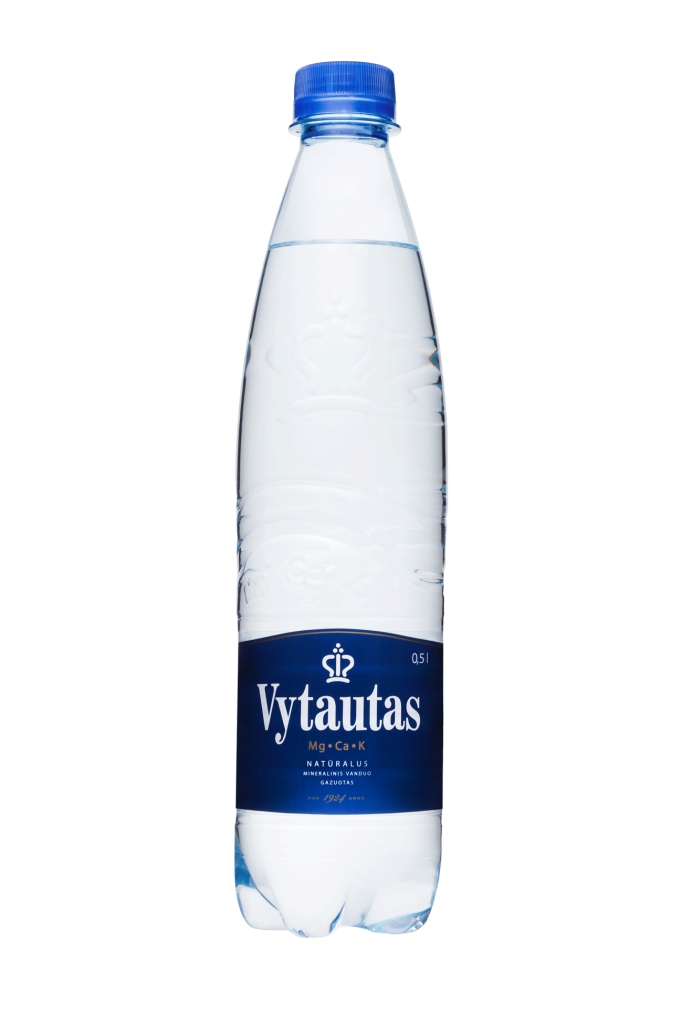 A dedicated Sidel team collaborated closely with the customer at the early stages of the company's first complete water bottling line project. The team developed a complete project plan, selected all of the specific equipment, defined the floor layout and implementation plan and detailed a cost analysis and budget plan, including the management of third-party contributors. To make sure the line was ready for production, Sidel used the latest technology and methods including feasibility studies, simulation modelling and 3D animations to ensure that the line's master plans were carefully constructed and perfectly controlled.

Once the design for the new water line was established, it was implemented as fast and as efficiently as possible. It required thorough planning, management and follow-up, from start to finish. The Sidel team ensured a smooth delivery and ramp-up based on a detailed project and plant management, which ensured that the targets were achieved in record time.

"We were particularly satisfied with the entire experience of dealing with Sidel and witnessing the benefits of the company's engineering support experience was key in the success of this Greenfield project and complete line solution", explains CEO of BMV, Mr. Pranckus.

As product safety and integrity - along with production efficiency - were important priorities for the water producer, the original Sidel Combi FMc was perfectly matched with the producer's expectations.  Its single production enclosure - including the three main integrated functions configured with the positive, filtered air-pressure - ensures a very hygienic and safe production environment. The hygienic design of the filling valve, with no mechanical parts in contact with the filled water and a filling process controlled by a pneumatic membrane valve, ensures safe filling. Additional hygienic options have been implemented in the Combi configuration to further optimise food safety, including air filtration and overpressure area protection.

The Combi also offers efficiency levels that are up to 4% higher than standalone machines. The magnetic flow meters, which control the filling volume, ensure an accurate dosing while the filling parameters of each filling valve are controlled directly from the operator panel. The automatic dummy bottles to close the filling circuit during the internal and external cleaning of the filling valves (cleaning in place, or 'CIP' as it is commonly known) contribute to fast and safe product changeover.

Based on the performance of the newly installed bottling line producing Akvile, a second Sidel line was installed.

BMV renewed its confidence in Sidel only seven months after the order for the initial equipment, investing in this second Sidel complete PET bottling line solution to produce the 'Vytautas' brand at the Birštonas plant.  This line features a very similar scope of supply, therefore ensuring that the advantages and benefits of the Combi would be realised again. However, the installation of this second line was more challenging because the footprint of the layout was 20% more compact than the original bottling line.

Mr. Valentinas Lukosevicius, BMV's Production Director at the Birštonas site, commented: "Installation of the second line was a big challenge - both for us and Sidel.   This new Sidel line was substituting the old existing line and the constraints of the limited plant floor space were therefore an important consideration when designing the line layout.  Sidel's considerable project experience was therefore very important in achieving our goals."

Mr. Lukosevicius continued: "We particularly appreciated the comprehensive customer service, the excellent collaboration and engineering support we received from Sidel, in terms of the chosen equipment to meet our needs, the complete line design and the rapid installation.  All this resulted in what can only be described as a very successful installation, particularly when taking into account the fact we needed to keep production stoppages to an absolute minimum by installing the new line as quickly as possible. The first sellable bottles coming off the line one month ahead of the planned schedule allowed us to be ready and to have preparations in place for our high season with plenty of time to spare". 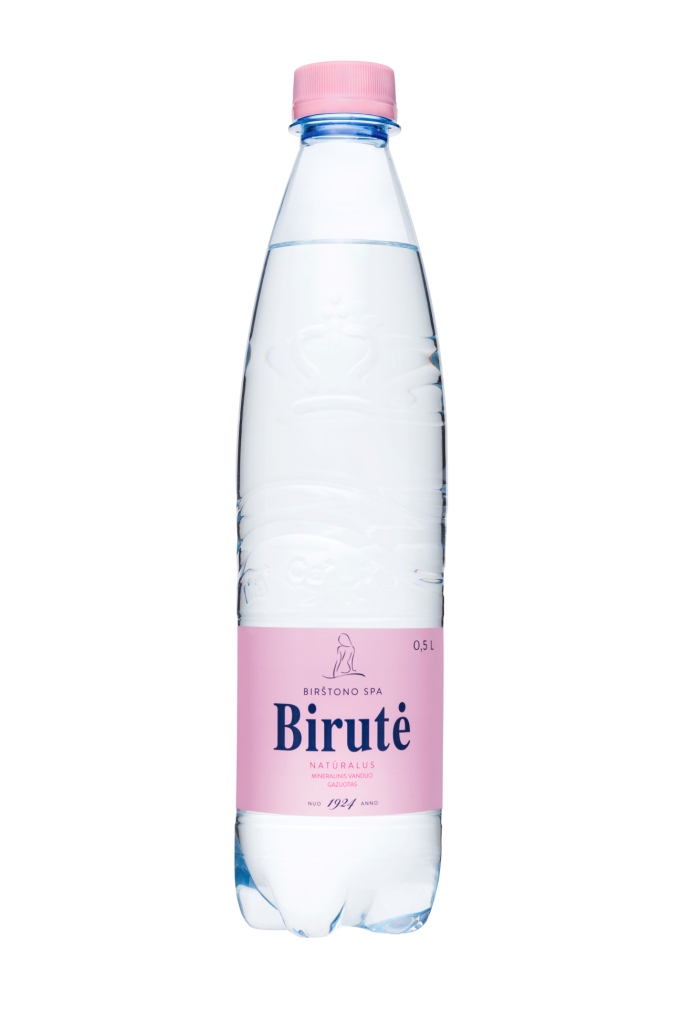 The new bottle shapes were designed by Sidel to boost both the 'Vytautas' and 'Birute' brands, with the 'Vytautas' bottle design targeted primarily at male customers and 'Birute' at female customers.  With elegant curves and elongated shoulders, the body of the bottle is engraved with the brand logo and its mineral content. The same shape was adopted for both still and sparkling water, with just differences in the bases, and deployed for a complete family of four bottle formats.

Although the main format produced on the line is the 1.5 litre bottle, the new line has the flexibility to produce either still or sparkling water in the four different PET bottle formats: 0.5, 1.0, 1.25 and 1.5 litres, to a maximum production output of up to 16,000 bottles per hour. This production level represents an output three times faster than the previous BMV line it replaced. This significant increase in production capacity assisted BMV in serving its national market, as well as providing opportunities for expanding exports in Poland and Russia.

As a means of showing gratitude for the natural resource from which the company profits, together with a sense of responsibility to the environment, society as a whole and future generations, BMV is firmly committed to contributing to the maintenance of ecological balance.  Consequently, the company determined to meet several sustainability targets and the introduction of the complete line, coupled with the new bottle designs made a significant contribution.

One of the important environmental concerns is the amount of plastic used to produce the bottles and BMV is strongly committed to reducing this as much as possible. "The company became the first in Lithuania to reduce the amount of PET in its bottles, adopting a short-neck capping system and cutting the use of PET by up to 50 tonnes per year. The new bottles designed by Sidel also contributed to lightweighting the bottles by up to 30%," comments Mr. Pranckus.  BMV then took the decision to use only packaging that is recyclable in its bottling, also committing to actually recycle the resulting waste rather than simply passing the responsibility on to others.

Finally, the Baltic producer focused on improving its production equipment wherever possible in order to become even more environmentally friendly. The company intended to reduce the total amount of electrical power it consumes through the implementation of innovative, eco-friendly technologies. "The Sidel Ecoven used within the Combi configuration makes a big contribution to this target and both of the complete Sidel lines significantly reduce the company's consumption of electricity," concludes Mr. Pranckus.