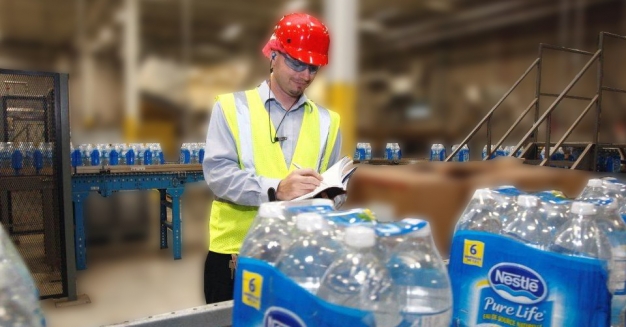 This ambitious goal reached by the nestlé waters greenwood (in) usa factory.

1 七月 2015
Home / 关于西得乐 / 媒体 / Press releases / Who would not dream of reducing equipment unplanned downtime by 50% within one year?

Who would not dream of reducing equipment unplanned downtime by 50% within one year?

David Sommer, Nestlé Waters Greenwood Plant Manager, has a sound knowledge and expertise in the Water bottling and Packaging industries. He has been with Nestlé Waters for more than 15 years and has held key operational positions in several Nestlé Waters bottling plants across the United States. The Greenwood/Indiana 7-year facility has two high speed production lines running two 12 hour shifts 5 to 7 days a week. In 2014, the plant’s line #1 was designated as the best Asset Intensity1 line among all Nestlé Waters lines across the United States and Canada. Greenwood line #2 achieved the 2nd position in the same category. When it comes to Asset Intensity, the Nestlé Waters Greenwood plant is obviously one of a kind! The backbone behind their success is the Nestlé Continuous Excellence (NCE) strategy, which is applied in all Nestlé and Nestlé Waters plants worldwide as well as DMAIC2 and an effective Operations Master Plan (OMP) which is closely followed up by the plant on a daily basis.

One of the key contributor’s and supporting tool to NCE and OMP is Gebo’s EIT™ (Efficiency Improvement Tool) automated data acquisition system. EIT™ is installed on more than 110 Nestlé Waters’ lines worldwide, 87 of which are in North America. Among them, is the Greenwood facility where EIT™ is used daily, even on an hourly basis. EIT™ is now considered as Nestlé Waters’ global line supervision system. It provides both line improvement and in-depth analysis of downtimes for NCE and related improvement initiatives.

1 Asset Intensity; KPI used at Nestlé Waters, which includes all time on the line, except idle time.
2 DMAIC stands for Define, Measure, Analyze, Improve and Control. It is an incremental process improvement using the Six Sigma methodology.